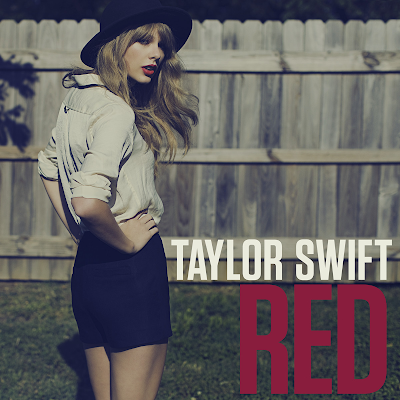 We have watched Taylor Swift grow from sweet girl next door, to country crossover star, to full on pop princess right before our eyes.  The little girl in the "Tim McGraw" video is no more, and with a grown up girl comes a more grown up sound.  "Red" may be the most mature song Taylor has ever recorded, but does that mean its any good?

That depends on the context of the question.  "Red" is an excellent pop song and not so great of a country song.  "Red" features a little acoustic intro, and features great guitar playing and music breaks.  The melody is catchy, and Taylor sings it well.  The lyrics are well thought out and tell an excellent story of a dying relationship.  Taylor creates very vivid imagery throughout the song with her wonderfully penned lyrics.  From a songwriter's standpoint, this may be the best song Taylor has ever written.  It shows real growth and maturity as an artist.  This song is rare in the fact that it has a great sing along catchy melody, but actually has lyrics that don't make you want to pound your head into a wall.

The problem is, it just doesn't sound the least bit country.  I mean, it does have a story and actually plays real instruments, but it is totally missing that trademark country sound.  The repeating re-eh-eh-eh-eh-ed's at the end of each chorus hammer the final nail in the country coffin for this song.  It certainly is more country than "I Knew You Were Trouble", "22", or "We Are Never Ever Getting Back Together", but more country than those isn't saying much.  Taylor and Scott Borchetta aren't dumb.  They see Miranda and Carrie sweeping up the awards from Taylor and getting the big hits on country radio.  They know the life of a pop star is quick and fleeting, but you can have a home in country forever.  Therefore, they marketed this song to country radio to keep her on our minds.  In my mind, it falls short of my expectations for a country single, however. They should have thought of this dilemma in the production room and kept "Red" closer to a country sound.  With less production, this could be a killer country song.  Of course, the crossover appeal and the legions of Taylor fans who missed her on country radio will make this a huge hit, but that doesn't make it right.  It just isn't a country song.

This song is a tough one to judge.  If I am judging it as a song, genre notwithstanding, it is a great song.  Good lyrics, fun melody, well sung.  The three pieces to a hit song are all present in this track.  As a country song however, this song falls short.  It's not the worst I've ever heard, but it doesn't help with this site's commitment to keeping it country.  So, good pop song, crappy country song.  That's "Red" in a nut shell.  The main thing to take away from this is Taylor's growth as an artist.  If she keeps writing them like this, and twangs one or two of them up more, Taylor will have a long career and not be a child star who falls off the map.  She still proves that she does have real talent.  She simply needs to find herself.  Is she the country girl we fell in love with, or a pop princess?  She can't walk both lines forever.  Either way she chooses, with writing skills like this, she will be successful.